Google just banned our new Android app before it even launched

This post is about more than our new app, Disconnect Mobile, being arbitrarily removed by Google from the Play Store Tuesday, five days after it went live and prior to doing any PR announcement. This post is really about Google’s disregard for user privacy and security, their ability to arbitrarily and unilaterally ban any app from the world’s dominant mobile operating system (78% of total smartphones run Android), and the importance of alternative Android distribution platforms that support privacy and security.

Our part in this story began two days ago. As our small team excitedly prepared for the imminent PR launch of our mobile privacy apps for iOS and Android, our CTO Patrick Jackson received this email from Google, notifying us that they’d removed the application from the Play Store after only five days.

The term our app allegedly violated, 4.4, and the very brief description of the reason was so vague and overly broad that every app in the Play Store, even Google’s own applications, could be alleged to be in violation! With terms like this, Google can ban any app for no good reason at all.

This isn't the first time that we've been blocked from launching a privacy app in the Play Store. In early 2013, after nine months of development on a previously conceived version of our Android product, Google announced that they were pulling the ability to automatically set a localhost proxy, which our product and other privacy apps relied on.

Because of that experience, we took every precaution with our new app (like with our existing Android apps) not to utilize any technology that wasn’t clearly documented and actively supported by Google. The banned app utilizes the VpnService API that has been made publicly available by Google since at least 2011. Thousands of other applications utilize the same API.

So why were we targeted and why didn’t Google provide an explanation? Although we may never know Google’s true motivation for removing our app, it seems likely that they determined it threatened their tracking and advertising based business model, which accounts for over 90% of Google’s $66 billion in estimated 2014 annual revenue.  Put another way, we think Google mistook us for an adblocker.

But our mobile product (like our Desktop product) is not an adblocker. Instead Disconnect focuses on protecting people from invisible tracking and sources of malware, and all too often these threats come in the form of advertising.  In fact, some of the most privacy invasive data collection online happens through ads, which see you even if you don’t see or interact with them. And worse, ad networks (including Google) are increasingly being used by “advertisers” to spread malware. This increasingly popular tactic, called malvertising, is currently being investigated by the US Senate, and Disconnect Mobile is the first app to directly address it.

Rather than block all advertisements, we only block the privacy-invasive ads that invisibly track you and may be responsible for distributing malware (malvertising) and other security threats. We also generally unblock ad tracking websites that commit to respect users’ Do Not Track (DNT) preferences and agree to comply with DNT as defined by the Electronic Frontier Foundation: https://www.eff.org/dnt-policy.

We’re not alone in wanting privacy and security protections from online advertising, and we have every reason to believe that there is huge pent-up demand for the banned product.  Over 2 million people actively use our desktop products and the most common customer request - by far - is to bring similar products to mobile. Indeed, we had quietly launched the identical iOS version of the banned Android app a few weeks back and this past weekend it became the #1 grossing Utility app on iTunes!  Even more indicative of market demand is the fact that we have lined up several distribution partnerships that could have reached over 100 million people over the next few months. 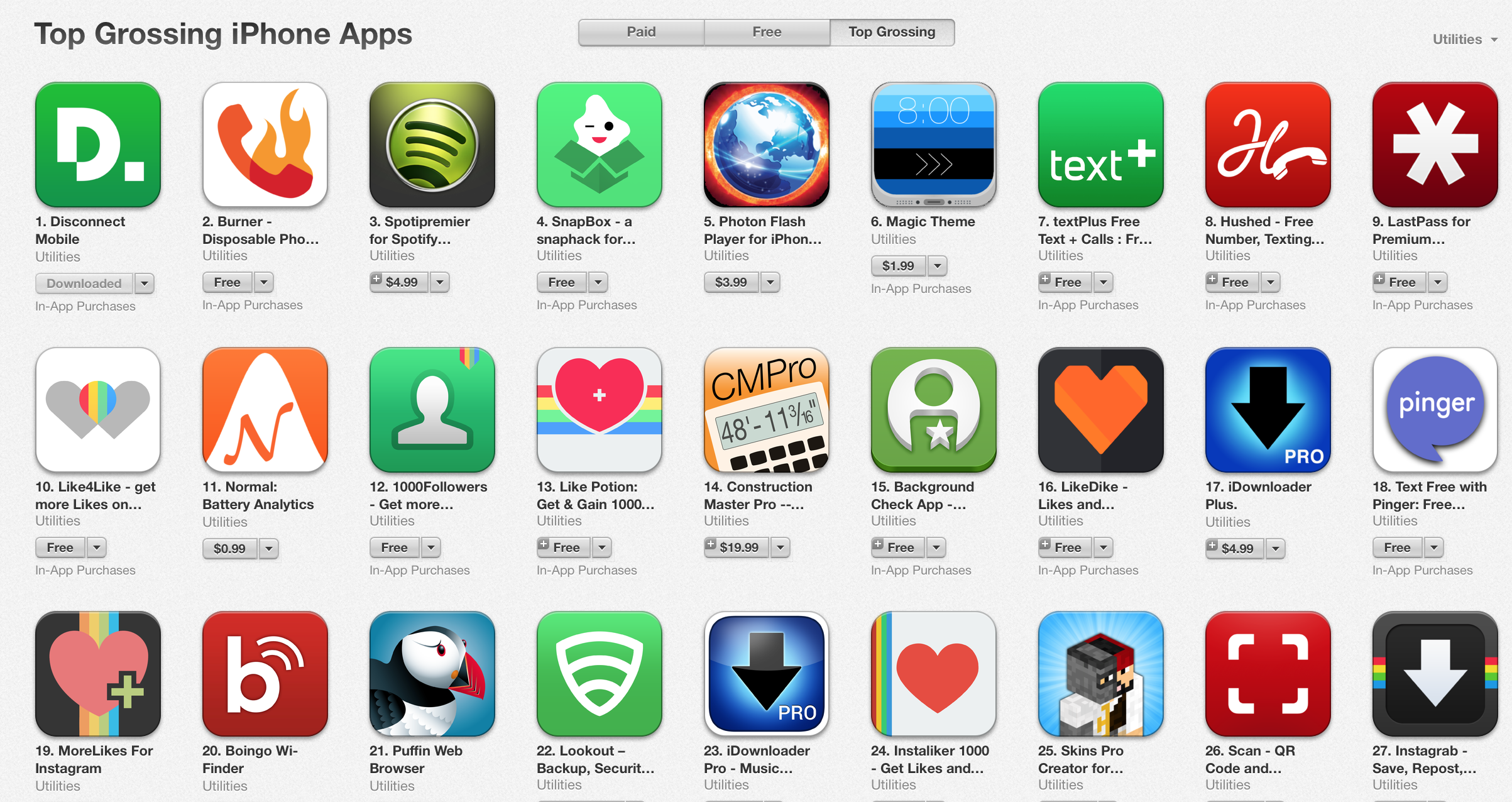 We are determined to oppose Google’s decision and hope our app will be available in the Play Store again soon. But at the same time, this experience has effectively wiped out months of hard work and has highlighted a serious and increasingly dangerous problem: Google has way too much power over distribution of applications on Android and can kill applications at will without justification. This is why efforts to create alternative Android based platforms that respect user privacy - like Blackphone’s PrivatOS (on which Disconnect is the default search provider and a pre-installed application) and CyanogenMod (a more open aftermarket firmware distribution for Android devices) - are so important for the future of the increasingly Android-based Internet.

In addition to promoting alternatives, we will be challenging Google to reinstate our app in the Play Store, and to update its policies to respect developer rights and an individual’s right to protect their privacy and security. Further, we will continue to work with and support the efforts of pro-privacy groups like the Electronic Frontier Foundation, Center for Democracy and Technology and Fight for the Future.

Finally, we want to enlist you, the Disconnect community, to support our efforts in one of the following ways: